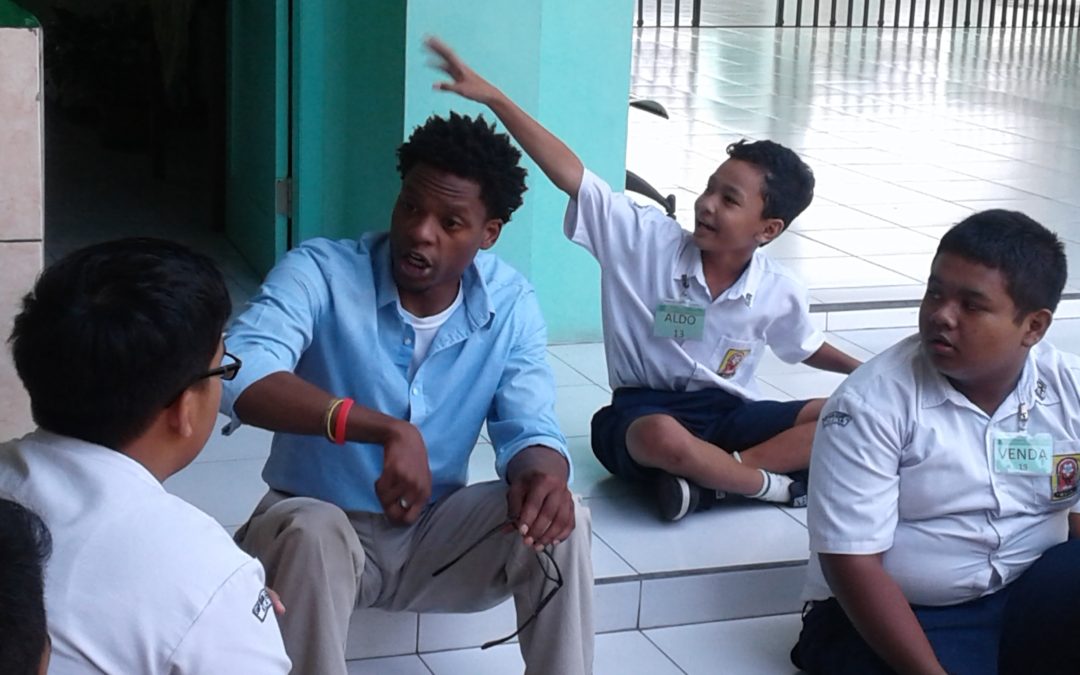 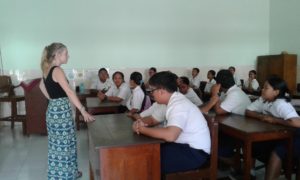 On Monday and Tuesday, our school, SMP Maria Assumpta Klaten was visited by three University students from Illinois, USA. They are William Baptist Jr, Allison Nyakro and Jacklyn Juliano. In Indonesia, they are doing Live In, They also choose klaten city for one of the destination and they visit our school.

In our school, they shared and told about their life, their hobbies and their impression in Indonesia. at the time of school hours, William  visited my class, He told us about his life, My friends and I gave some questions for william and he told us about his hobbies, William hobbie are reading, studying, cooking and the hobby he loves most is traveling, He has visited many countries.

He told us  about his favorite song too, movies, and his favorite food in Klaten, William has many  favorite musics , one of them is Hip-Hop or Rapp song, He knew a lot of rapper in USA like Dr.Dre, Eazy-E, SnoopDog and many more. He also liked to watch horror movies, he said that he has been watching horror movies since childhood with his mother and he said, until now, he still watching  horror movie with his mother, it was a unique habit.

In Klaten, William loved to eat Soto, he said “This is the most delicious food I have ever  tasted”. William also loves playing basketball, his favorite basketball team is the Boston Celtics, William and I had  a bit of a debate, my favorite team is Golden State Warior, but William is not very fond of Golden State Warior, for many reasons that william does not like it. That’s funny.But it was a very interesting debate.
After william ran out of time having to go to another class, Allison came to replace him.

In my class, Allison introduced herself and she asked about our goals one by one, And after that, Allison invited us to play a very unique game. We played the game until the time is up.

It was a very short meeting, but it was very valuable for us, we could learn to speak English and know the life of people out there. We exchange stories in class, it was a very precious time for us.

William, Allison, Jacklyn Thanks for visiting our school, I hope I can visit your country someday. 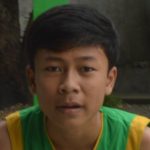 A Writing by Bertrand Valentino (8B)